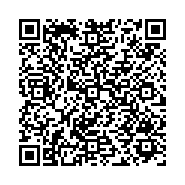 Materials and methods: A total of 50 patients in the age range between 18 years and 60 years of both the genders were included in this prospective study. Those patients who attended the Pulmonology OPD between August 2016 and August 2017 at Sri Ramachandra Institute of Higher Education and Research, Chennai, India were included for the study. A detailed history and physical examination was done for all the participants followed by the questionnaire survey which is administered in the language
that they understand.

Asthma is an inﬂammatory disease, yet airway inﬂammation is not measured directly and routinely in clinical practice. In developed countries, asthma is not considered as a public health problem whereas; the incidence is more in developing countries. Around 100-150 million of the worldwide population undergo asthma with increasing mortality over 180,000 annually. India has estimated 15-20 million asthmatics. In India, rough estimates indicate prevalence of between 10%-15% in 5-11 years old children.

The interference in airflow due to narrowing of airway passage contributes the main physiological factor in asthmatic patients. Asthmatic patients with limited airflow are partially reversible and few could develop structural changes affecting the airway. This later part corresponds in developing and intensifying the loss of lung function which could not be reversed or prevented with the help of existing treatments. A through history and clinical examination will aid in diagnosing and managing the disease from future exacerbation 1. Bronchial asthma can be identified, monitor and managed through various investigations including Pulmonary Function Tests (PFT) and Fractional Exhaled Nitric Oxide levels (FeNO). Hence, the aim our study is to find the correlation of pulmonary function test and FeNO in patients with bronchial asthma.

This prospective study is carried out in patients attending the Pulmonology OPD at Sri Ramachandra Institute of Higher Education and Research, Chennai, India between August 2016 and August 2017. The participants in the age range between 18 years and 60 years who were willing to give written informed consent to participate both inpatient and outpatient were included in the study. Those patients who were on inhalation corticosteroids and long acting beta agonist were considered for inclusion. Asthmatic patients who were receiving treatment or had been diagnosed to be asthmatic with outpatient clinical file and related data pertaining to the same were included for the study. Patients who were suffering from an asthma exacerbation and on oral steroids were excluded from the study.

A total of 50 patients were enrolled in the above mentioned time period. A detailed history and physical examination was done for all the participants followed by the questionnaire survey which is administered in the language that they understand (Supplementary File). The data collected is tabulated using Microsoft Excel and statistical analysis were done using SPSS software version 23.0. Frequency and percentage analysis was used for describing the categorical data. P value was tested by using Pearson’s chi square test.

The lack of a gold standard monitoring tool for asthma control leads to a marked degree of heterogeneity in methods of assessment. Consequently, validation of a reliable and noninvasive marker for the above purpose is required. In spite, of the fact that asthma is an inflammatory airway disorder, till date no inflammatory marker has been included in the monitoring algorithm of asthma. Dupont et al., in his study reported 85% sensitivity and 90% specificity with higher FeNO values in 160 asthmatic individuals. The performance of all available conventional diagnostic and lung function tests were compared with FeNO measurements in a study performed by Smith et al., and reported that FeNO method shows reliable measurements. In addition, the study states that in diagnosing asthma, higher specificity and sensitivity was observed in a combination technique of FeNO and FeV1 [4-6].

In the diagnosis of asthma, though FeNO levels were found to be normal in few patients it is mandatory to check for conventional clinical methods. Thus, the normal FeNO measurements does not influence in diagnosing asthma. This highlights further the fact that the asthma phenotype is heterogeneous, and FeNO measurements contributes in frame of reference for “asthma syndrome” [7,8]. The eosinophilic airway inflammation in asthmatic patients attributes to increased FeNO levels when compared with non-eosinophilic asthmatic patients where there are relatively less FeNO levels [9-11]. Sharma et al., performed a study in Indian patients with Obstructive Airway Disease (OAD) and found an increased FeNO levels (5-300 ppb) in asthmatic patients in comparison to Chronic Obstructive Pulmonary Disorder (COPD) patients (10-47 ppb).

Another Indian study conducted by Gupta et al. revealed significantly higher FeNO levels among allergic rhinitis patients. In that study with considerable number of patients with rhinitis as a comorbid condition (n=45), the baseline FeNO levels was found to be elevated in mild, moderate and moderately severe asthmatics group [12]. A longitudinal study on asthmatic patients was conducted and revealed that their data showed FeNO levels were not statistically significant when compared between mild, moderate and severe asthmatic groups. Also, in the same study the current definition was modified for asthma severity in ADEPT (Airways Disease Endotyping for Personalized Therapeutics) [13]. The present study is in concordance with the results of FeNO values in severe asthmatic groups.

In our study, a strong correlation was observed among our patients between FeV1 and FeNO at the baseline. However, whether this association is maintained after ICS treatment could not be assessed since follow up of the patients is not within the scope of the study. On statistical correlation between FeV1 and FeNO value, it is found that FeNO value increases with the increase in severity of FeV1 i.e. there exists a direct proportion between the severity of FeV1 and grading of FeNO value. The reliability of FeNO as a marker of asthma control is yet unclear. Our study has shown some degree of correlation between FeNO and other asthma monitoring parameters. The utility of FeNO in discriminating poorly controlled asthma from well controlled subjects was reported in 274 patients by Kostikas et al. They observed that FeNO was higher in poorly controlled subjects but proved inferior to ACT scoring, implying thereby that although FeNO may identify poor asthma control, it cannot replace clinical judgement and may perhaps be useful in a select group of asthmatics only. FeNO values can be suggested to be an important supporting biomarker in asthmatic patients [12-14].

In the present study, approximately half of the patients had relatively mild to moderate symptoms. The treatment was not standardized for all patients and it was physician dependent. Compliance to the treatment prescribed and follow up FeNO was not ascertained, and this might have affected the level of asthma control. It is quite evident that FeNO measurement has the advantage of ease of performance even in patients with severe airflow obstruction. It is also obvious that monitoring FeNO for a long period of time on a follow up basis in a comparatively larger sample size would have been a better approach. FeNO may be a useful adjunctive tool for monitoring asthma and the present study supports the association between FeNO levels with bronchial asthma severity. It should also be borne in mind that serial measurements of FeNO would be more informative than single time values.