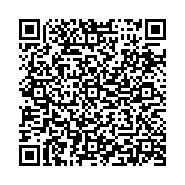 Background. The Lewis (LEW) and Fischer 344 (F344) rat strains have been typically used to study certain genetic influences on drug use. There are important differences between these strains in terms of the self-administration of several drugs and in several neurochemical messengers including the endocannabinoid system. Purpose. To investigate whether these two strains exhibit differences in the self-administration of the cannabinoid agonist WIN 55,512-2. Results. Stable WIN 55,512-2 self-administration behavior was not achieved by either strain, but both exhibited some degree of active/inactive lever discrimination, with LEW rats showing better performance in this index. Injection of the CB1 receptor antagonist/inverse agonist AM251 decreased active lever pressing in F344 rats. During extinction, we observed a nonsignificant increase in lever pressing, which subsequently disappeared. Conclusion. Our results point to subtle genetic influences in the sensitivity to cannabinoid reward that may contribute to interindividual differences in marihuana use and abuse in humans.