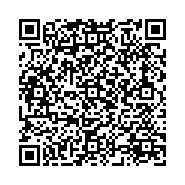 It has long been known that individuals will engage in voluntary inhalation of volatile solvents for their rewarding effects. However, research into the neurobiology of these agents has lagged behind that of more commonly misused drugs such as psychostimulants, alcohol, and nicotine. This imbalance has begun to shift in recent years as the serious effects of misused inhalants, especially among children and adolescents, on brain function and behavior have become appreciated and scientifically documented. In this review, we discuss the physicochemical and pharmacological properties of toluene, a representative member of a large class of organic solvents commonly used as inhalants. This is followed by a brief summary of the clinical and preclinical evidence showing that toluene and related solvents produce significant effects on brain structures and processes involved in the rewarding aspects of drugs. This is highlighted by tables summarizing toluene’s effect on behaviors (e.g., reward, motor effects, learning, etc.) and cellular proteins (e.g., voltage and ligand-gated ion channels) closely associated with the actions of misused substances. This review not only demonstrates the significant progress that has been made in understanding the neurobiological basis for solvent misuse but also reveals the challenges that remain in developing a coherent understanding of this often overlooked class of drugs of abuse.