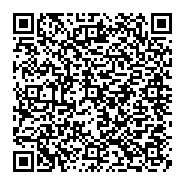 Methamphetamine (METH) is a psychostimulant abused worldwide and shown to be neurotoxic to both dopamine terminals and striatal neurons. Thus it would be advantageous to discover natural compounds that protect the brain from the METH-induced neural injury. In the present study, we tested the ability of epigallocatechin gallate (EGCG), the most abundant antioxidant in green tea, to attenuate the METH-induced striatal injury. A dose of 2 mg/kg of EGCG (IP) given 30 min prior to METH (30mg/kg, IP) significantly reduced the METH-induced depletion of striatal tyrosine hydroxylase (a marker of the dopamine terminals) and the apoptosis of some striatal neurons. Moreover, the neuroprotective effects exerted by EGCG in the striatum were independent of the METH-induced hyperthermia. Our data are consistent with the hypothesis that active ingredients in green tea are neuroprotective in the presence of METH and may prove useful in halting the progress of some neurodegenerative diseases of the nervous system and for the treatment of drug abuse.