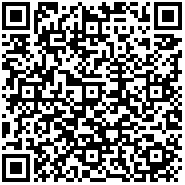 Background: Tobacco smoking is one of the major causes of preventable deaths worldwide. To quit smoking is a challenging task and is governed by multiple factors such as physiological, behavioural and psychological. Evidences advocate that religious involvement might aid in termination of smoking by providing additional strength to fight against stressors resulting in lower levels of cigarette smoking.

Aim: To evaluate the prevalence of smoking and relationship of Hajj with smoking behaviour of pilgrims.

Method: 500 questionnaires were distributed to the pilgrims in Mena area of Makkah. Questionnaires included items regarding demographics, smoking status, and physiological, behavioral and psychological factors. Data were analyzed appropriately. Result: Majority of the smokers and ex-smokers were males, highly educated and belonged to Indonesia. During Hajj, the number of cigarettes smoked was drastically decreased in smokers (p<0.001). Nicotine dependence of the smokers was low-to-moderate during pilgrimage.

Conclusion: Hajj is a proper season to start cessation programs that include anti-smoking activitie