Impact of Nyaope Use on Erectile Function of the Users: An Exploratory Study in Three Townships of Tshwane District, South Africa | Abstract 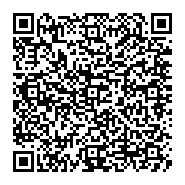 Impact of Nyaope Use on Erectile Function of the Users: An Exploratory Study in Three Townships of Tshwane District, South Africa

The widespread abuse of Nyaope, a novel psychoactive substance (NPS) commonly used in South Africa, has become a major health and socio-economic challenge. Anecdotal evidence suggests that Nyaope use affects male sexual function. A cross sectional quantitative design was used to collect data from fifty adult men who use Nyaope to explore the impact of Nyaope on the sexual function of male users. The International Index of Erectile Function (IIEF-5) scale was used to assess sexual function and blood tests were conducted to assess gonadal function and hormonal levels. The duration of use of Nyaope ranged from 4 to 26 years, with a mean of 11.86. Ninety-two percent (n=46) of the participants reported some degree of erectile dysfunction. The mean score on the IIEF-5 scale was 13.52, which indicates mild to moderate erectile dysfunction. The use of Nyaope has a negative clinical and biochemical effect on male sexual function.