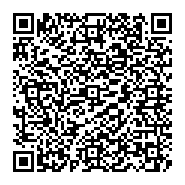 Background: Sepsis is a systemic and syndromic response to infection and is a common final pathway to death from many infectious diseases. Matrix metalloproteinase 9 (MMP-9) and Tissue inhibitors of matrix metalloproteinase 1 (TIMP-1) are potential sepsis biomarkers. Thiamine administration has been suggested to affect MMP-9 and TIMP-1 in several critical conditions, such as brain and lung tumors. This study investigated thiamine effects on MMP-9, TIMP-1, and their balance in sepsis patients.

Method: We conducted a randomized experimental study to investigate the effects of thiamine administration on MMP-9, TIMP-1, and TIMP-1/MMP-9 ratio in sepsis patients. The study was conducted at Haji Adam Malik General Hospital and network hospitals in Medan, Sumatera Utara. The investigation lasted for six months, from April to September 2020.

Conclusion: Thiamine administration reduced the TIMP-1/MMP9 ratio, which could be related to better survival. Thiamine could be considered as adjuvant therapy in patients with sepsis.