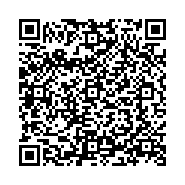 Effects of the Abused Inhalant Toluene on the Mesolimbic Dopamine System

Toluene is a representative member of a class of inhaled solvents that are voluntarily used by adolescents and adults for their euphorigenic effects. Research into the mechanisms of action of inhaled solvents has lagged behind that of other drugs of abuse despite mounting evidence that these compounds exert profound neurobehavioral and neurotoxicological effects. Results from studies carried out by the authors and others suggest that the neural effects of inhalants arise from their interaction with a discrete set of ion channels that regulate brain activity. Of particular interest is how these interactions allow toluene and other solvents to engage portions of an addiction neurocircuitry that includes midbrain and cortical structures. In this review, we focus on the current state of knowledge regarding toluene’s action on midbrain dopamine neurons, a key brain region involved in the initial assessment of natural and drug-induced rewards. Findings from recent studies in the authors’ laboratory show that brief exposures of adolescent rats to toluene vapor induce profound changes in markers of glutamatergic plasticity in ventral tegmental area (VTA) dopamine (DA) neurons. These changes are restricted to VTA DA neurons that project to limbic structures and are prevented by transient activation of the medial prefrontal cortex prior to toluene exposure. Together, these data provide the first evidence linking the voluntary inhalation of solvents to changes in reward-sensitive dopamine neurons.