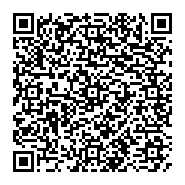 In addition to nicotine, there are a variety of other psychoactive compounds in tobacco smoke. Little is known about the interaction of these tobacco constituents on alcohol intake. In this study, we examined one of these constituents, anabasine, which acts on nicotinic receptors, for its effects on alcohol intake and preference in alcohol preferring (P) rats. Adult female P rats were allowed continuous 3- bottle access to drink 0%, 10% or 15% alcohol for over 6 weeks. After establishment of a stable baseline for alcohol intake, rats were injected acutely with 0.02, 0.2 or 2.0 mg/kg anabasine or saline. Alcohol and water intake were measured at 2, 4, 6, and 24 h after each treatment. Pretreatment with anabasine at 2 mg/kg significantly reduced alcohol intake during the 0–2 h and decreased alcohol preference during 2–4 h and 6–24 h periods but increased water intake during the 2–4 h period. Other doses of anabasine did not exert significant effects on alcohol or water intake. These results suggest that anabasine may influence alcohol intake presumably by interacting with neuronal nicotinic receptors.