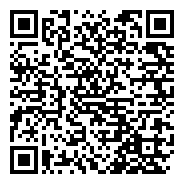 Traditional Medicine (TM) has the potential to improve world health and is effective in treating a number of ailments. As a well-known example, artemisinin, a drug with tetra-arsenic tetra-sulfide, tanshinone IIA, and indirubin as its main active components, has proved useful in treating acute promyelocytic leukaemia and prevented the death of millions of people worldwide from malaria. Due to its complicated prescriptions and dearth of impartial evaluation criteria, Traditional Chinese Medicine (TM), while having been practised for thousands of years and having a rich history of practical experience, has not been fully used and remains rather enigmatic. Even if earlier TM research has been fruitful, it is currently ineffective for the creation of new drugs and it might take years to explore the action of TM, making the acceleration of TM mechanism research a difficult task. Artificial Intelligence (AI) technologies have recently attracted the enthusiastic attention of TM researchers as a burgeoning field. AI-powered techniques can relate chemical composition, herbal medicine, medications, targets, symptoms, and illnesses. These techniques include machine learning, deep learning, network pharmacology, bioinformatics, systems biology, chemical informatics, and computer vision. In other words, AI enables the screening of key ingredients in a herb or recipe, reveals the mechanism of action, and directs the exact usage of TM. AI also offers new techniques to researching ancient literature on TM.

Acute systemic inflammatory that damages endothelial and epithelial barriers in the lung is known as Acute Lung Injury (ALI), a frequent clinical condition. The leading causes of morbidity and mortality in critically ill patients are acute lung damage and its most severe variant, Acute Respiratory Distress Syndrome (ARDS). With mortality rates of 34%-58%, the incidence of ALI is around 17–34 cases per 100,000 individuals each year. Sepsis, trauma, shock, aspiration, inhalation damage, numerous blood transfusions, acute pancreatitis, and even some medication toxicities are common causes of ALI/ARDS. Especially when the condition is combined with other lung-related insults, direct or systemic lung injury may start the disease process, while the associated inflammatory response spreads lung harm.

Acute lung injury (ALI) with primary lung damage is categorised as the pulmonary type according to the various insults, whereas ALI without main lung injury is categorised as the extra pulmonary type. The development of ALI is influenced by extrapulmonary illnesses, such as those that affect the brain, gut, heart, liver, or kidney. In the meantime, ALI also raises the risk of a number of illnesses in extrapulmonary organs. The evidence is overwhelming in favour of interorgan networks. This is in line with the theory of traditional Chinese medicine that the lungs and the intestines are closely related. Currently, a large body of research on organ crosstalk in the lung-gut axis supports this perspective.

Patients with asthma were observed in terms of structure and function. Furthermore, inflammatory bowel disease diagnosis was three times more common in individuals with Chronic Obstructive Pulmonary Disease (COPD). Studies showed that the microbiome was one of several pathways that mediated the bidirectional lung-gut axis. Bacteria were shown to be capable of moving from the intestines to the lungs in cases of sepsis and ARDS. Mice can be protected from SFB lung infection by segmental filamentous bacteria (SFB) in the intestines of mice by microbes that are activated in intestinal epithelial cells and immune cells may cause local cytokine reactions, inflammatory reactions, and ultimately, distant immunological reactions in the lung. These findings revealed that the connection between the gut and the lung was created by a number of mechanisms, including microbial seeding, metabolites, circulatory immune cells, and cytokines.

A practical and theoretical approach to treating illnesses has been evolved over thousands of years in traditional medicine. Chinese traditional medicine practitioners nevertheless have acquired information about disease pathology and herbal pharmacology within their medical experiences, despite the dearth of properly structured investigations and trials.