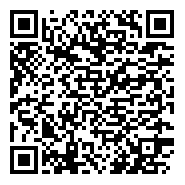 The SARS-COV-2 pandemic had a significant influence on the epidemiology of acute bronchiolitis, particularly in terms of RSV dispersion and the illness burden, which had an impact on how prophylaxis was managed and how much money was allocated to healthcare. The increased effects of bronchiolitis in the seasons of 2021–2022 are probably explained by a higher incidence of RSV and the hypothesis of immunity debt. In terms of clinical severity worsening, our results were contradictory. The rise in premature births and the seasonal spread of RSV underscore the value of epidemiological monitoring systems that track the virus’s transmission.

In contrary to other adenoviruses, HAdV-F40/41 is double- stranded DNA viruses with long and short fibre proteins (A-G). The HAdV-F40/41 genome is made up of around 35,000 base-65 pairs. Prior to this study, HAdV investigations had been conducted in Ethiopia, Albania, China, India, and Brazil. As a result, the researchers observed a greater incidence of HAdV-F41 patients than F40. Co-infections of F40 and F41 as well as F41 and C5 have been documented68 in Ethiopia and Brazil. Data on the clinical implications69 for people with HAdV-F co-infections are, however, few. The human enteric adenovirus (HAdV) species F is the most common cause of viral gastroenteritis in children and mortality worldwide. A total of 83,491 HAdV-F-related fatalities in children under the age of 14 were reported globally in 2,01,956. According to genetic variations, clinical isolates of HAdV-F can be divided into two genotypes.

In the viral species B, C, and D, the creation of novel adenovirus strains as a result of recombination has previously been documented. While intratypic recombination in HAdV F41 lineage 3b sequences has been demonstrated to occur at the short fibre area, intertypic recombination has not been documented in HAdV-F genotypes. Since the beginning of 2022, HAdV-F41 has been linked to severe paediatric hepatitis, either as a result of inducing an immune response that was dysregulated and resulted in liver damage or through an unidentified co-infection-mediated mechanism.

Numerous millions of individuals throughout the world are afflicted by the neglected tropical disease (NTD) schistosomiasis. 779 million individuals are thought to be at risk of contracting this illness. With 50 million preschool-aged (PSAC) children in need of care, children are the most susceptible group to acquiring overt illness. The effects of persistent infection are more severe in adults. An infection with a parasite of the Schistosoma species results in schistosomiasis. There are various species, with S. mansoni and S. haematobium being the two most prevalent. The mature parasites in a human host secrete eggs into the environment through urine and faeces (S. mansoni) (S. haematobium). The transmission cycle involves a snail intermediate host that lives in still water. The disease mostly affects the poorest communities who lack access to clean water and good sanitation or who are exposed to water while doing daily tasks around the house and at work. Anaemia, cognitive decline, deficiencies in linear development leading to chronic under nutrition (stunting) as well as acute under nutrition (wasting), genital lesions, and permanent organ damage as a result of fibrosis are all signs of chronic schistosomiasis. Schistosomes can induce increasing morbidity that is frequently correlated with moderate-to-heavy infection intensities as determined by the density of discharged eggs. Schistosomiasis has detrimental social and economic effects in addition to these health effects. According to estimates, schistosomiasis results in a yearly loss of 4.5 million years of life with a handicap.